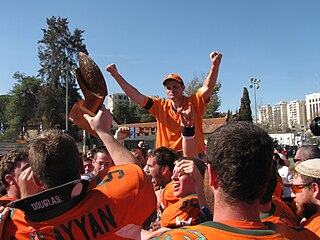 (Continued from Part I) The young athlete joined a small college team. He showed little initiative, and often found himself on the bench in practice.   The team was introduced to the newly recruited star player of the team.

Right away the athlete noticed something unusual about the star player’s style and how he handled the ball, and even that his leadership brought the college team together almost immediately.  From the first game, the team caught the interest of the local community, everyone could tell there was something different.

Crowds began to flock to the game, anxious to see what the star player would do next, for he seemed to constantly challenge the accepted norms.  The media began showing an interest as well, and predictions were made on the team’s success.  As the season progressed, the pressure mounted.  The team responded by rallying around their leader and emulating his qualities. The young athlete had improved into an impressive and talented player as well, unhindered by his prior injury.

The news reported that the star player was unlike other athletes, one who inspired his team to greatness.  Interviews uncovered that practice often went long without complaint.  The coaches were the first to call the practice over, but the players often continued without them.  The team ended the season undefeated.  National interest in the championship held through the final game, where the team easily won.  This small, unknown college team was hailed by the media as one of the great Cinderella stories of our time.

“Matthew 1:12-15 describes the nation of Israel after the return from exile.  Although they had been humbled, they were not inspired to improve their relationship with God.  The young player was no different, rather than recognizing he was fortunate to play after his injury, he lowered his intensity.  Then we move to a dramatic shift in history. Matthew 1:16 tells of the birth of the Messiah, but one who was quite different than the expected political hero.

Everyone anticipated that the Messiah would vindicate Israel. They missed the part about their own need for rescue or vindication, looking externally at their oppressors as the problem.  I’m no different, I can easily excuse away my part in something because I know my motives.  Jesus showed up in history after the glory, the capture, and finally the emotional decline of the Jews, He came as an answer when they had nothing left to hope for. It is unfortunate that so many failed to see the promise fulfilled.  I catch myself forgetting this truth as well, I let circumstances dictate my attitude and fail to live in that victory.

See others stories on the topic of Salvation, click here to read similar stories, or continue with the next story by verse.