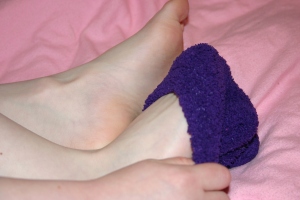 The parents of a young child with frequent seizures were faced with a difficult decision.  To change  to a new preschool with more caregivers and expertise, or leave her in the facility she knew.  She did not adjust well to change, but the new facility looked very promising.  The seizures were always a challenge and uncertainty was constant; but her life was a joy to them.  Every tiny milestone she made was celebrated enthusiastically as it meant hope.

The decision to move to the new preschool was made shortly after the father found his daughter in the midst of a seizure without anyone attending to her.   The staff explained that when the seizure started an attendant had made sure she was safe, but had been distracted by another child and left her ‘temporarily’.  Once in the new school, the frequency of seizures increased dramatically.  Her mother tried to stay at the school as much as she could to give the child a sense of consistency and reduce stress, but it made little difference in the seizures.  Everyone acknowledged that the stress of a new environment would eventually decrease, but the tempo was alarming.  Her doctor increased her medication, but even that did not stop them.

The doctors became concerned and the girl was hospitalized.  While there, a consistent pattern to one cause of her seizures was discovered.  If the child bent her head in a certain way she went into a drop seizure and flopped down immediately.  Because of this, her parents were quick to hand her anything she dropped, and used the hospital bed to keep her partially inclined.  While in the hospital, the child was near a boy with more advanced motor skills.  While she watched, he practiced tying his shoes and proudly showed her how he did it.

The girl could not dress herself, let alone put on a shoe.  After watching the boy she seemed determined to put on her own socks.  Her father showed her how it was done several times, but left off when a nurse entered the room.   He recognized the nurse who had attended her many times before.  He had always found her to be capable and trustworthy, and his daughter was at ease with her.  He let himself relax for a minute.  He happened to glance up to see his daughter bending her head to reach for a sock.  Immediately he arose to help her, but his daughter intensely shook her head no.  She turned back to the sock with a determined expression.

The father shot a frightened glance at the nurse who was calmly watching the child.  He noticed she stood ready to catch her, but made no attempt to stop her and did not respond to him at all.  The girl collapsed into a drop seizure seconds later and he exclaimed out loud.  The nurse paid no attention to him, and focused on the child who roused quickly.  As usual, his daughter was weak for a short time after the seizure, but then resumed her focus and posture again.  This time her father spoke, pleading with his daughter to let him get the sock for her.  She shook her head and reached for it again, and this time was successful.  He watched in quiet wonder as slowly and carefully she pulled the sock over her toes.

Again her head was bent in such a way that a seizure was likely and her father anxiously glanced at the nurse.  She slowly shook her head, but her attention remained with the girl.  The sock seemed stuck on the ball of her foot and he reached forward to fix it but his daughter made it clear that his help was not needed; she was determined to do this herself.  After a struggle with the sock, it moved further.  A seizure hit and her body flopped down again.  Again the nurse was ready before he could react.  He watched helplessly as his daughter roused and reoriented to the room, then the people around her, including her mother who had just entered.

On seeing her mother, the girl’s energy revived.  She made a shriek of excitement and pointed to the sock she had struggled on thus far and her father hoped it was enough.  He walked to his wife and put his arm around her, explaining how amazing their daughter was and what she had done.  The girl’s face beamed as she listened to her father; but immediately turned back to the task as he finished.

Her mother gasped when she saw the girl’s dangerous position, and reached immediately to correct her posture.  He held his wife back, and she struggled against him, and then met his eyes.  A small tear had escaped as he took a deep breath and the mother realized it was hard for him too.  Five painstaking minutes passed before the sock finally lost and was on her foot.  It was awkward and a bit twisted, but it did not matter.  “Look” she said “I got my soxzon!”

In this story I wanted to reflect on the choice to refuse capable help.

In Matthew 4:11 we are told that right away once the devil left Jesus was ministered to by the angels. As I mentioned last time, it is quite likely they could have shown up before or during the confrontation but instead it was after.  I am certain that if Jesus asked, the angels would certainly have been there.  Why refuse ready and capable help?  Another time that Jesus was in need was in the garden of Gethsemane.  He asked his drowsy friends to pray for him and keep watch.  Why not ask an angel?  Jesus could have an army of angels, He told the disciples that when He was arrested there.  The same concept seems valid while on the cross.  Jesus could have had help.

On Good Friday (the day set aside to remember the cross) I pondered the suffering Jesus endured and wanted to turn away from it.  It’s hard to think about pain, it is hard to be helpless to change anything; and I wish that the cross wasn’t necessary or that there had been another way.  In facing that cross I am faced with an ugly reminder that sin, even hidden sin, is ugly and must be dealt with.  I want a heroic rescue but I don’t want my hero troubled.  So, my way would be to send in an angel, even just for a moment of relief.  But there was no moment of relief on that day, and heaven was silent.

I guess my conclusion is that although He was King of Kings, deserving of assistance from heaven, Jesus paid human debt as a human.  He endured human temptation – all the devil could dish out, and later horrific pain – all as a human without heavenly intervention.  I can’t write it off as “Well, Jesus was special and had powers” because the power Jesus had was only used for others.  I can’t think of a time recorded where Jesus used His power for Himself.  He came as servant with the rights of a king.  There is no greater love than to have emptied that power and endured on my behalf.  I am blown away to be so cherished, are you?
See others stories on the topic of Salvation,  click here to read similar stories, or here to read the next story by verse.