Home › Parables › Based on New Testament › Cries in the Night

Cries in the Night 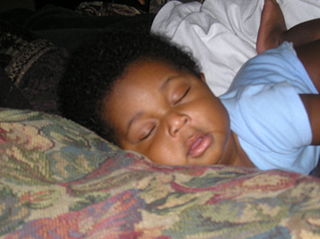 A sound in the next room woke the girl from a pleasant dream.  It was her brother, she realized, and ignored it.  If he continued she would go in and calm him, but for now she wanted to sleep.

Minutes later she was awakened by her mother, asking for help with her brother.  He had such a loud cry it was surprising to realize she had slept through it.  His face was wet and his head turned from side to side, beyond anxiety into panic and dread.  She had dealt with this her entire life, but it still troubled her to see him like this.

He was much older than her, but she had passed him in ability long ago.  Her father always said that there was a special connection between them, but she wished there wasn’t.  Before she could remember, her brother had responded to her voice as an answer to one of his fits.  Her father recounted the story of how he had held her as a small child, trying to soothe her back to sleep when he realized the crying in his son’s room had suddenly stopped.

She soothed her brother as she had done many times before, singing the words of a song that came to mind without thinking about them.  She held such anger for this boy in a man’s body as she remembered being denied sleep overs with cousins, friends and her grandparents.  Every time the reason was given that she was needed at home for her brother.

As always, her brother fell back to sleep without even a thank you or acknowledgement of her at all.  Her parents had long since taken it for granted as well; it was her job as part of the family. For a minute she sat at the side of his bed and stared at him, feeling sorry for herself.  With a yawn, she plodded back to bed through the dark and wished again for a normal sibling.

The next afternoon she heard her door open, but she didn’t turn.  Her anguish at the moment was too great and too close to let anyone see her.  She had experienced rejection from a boy who she thought would always love her.  He had promised he would, and she believed him. The news of his betrayal did not come directly from him, but from a classmate who seemed to enjoy telling her about it.

She had endured the ride home on the bus with as much dignity as she could, afraid to let anyone see how much she hurt.  In her mind everyone knew the story and must be talking about it.  She wore headphones and pretended to be oblivious to her surroundings, but did not play any music as she could not bear it.  She stared out the window of the bus, forcing herself to be distracted by the passing cars.

When she was finally safe in her room, she cried for several minutes, releasing the anguish inside.  She assumed her mother was behind her, waiting for her to turn around.  She felt a touch on her shoulder, but shook her head and said “not now Mom”.  After a few more sobs she heard her brother’s voice, and realized it was not her mother.  He began to awkwardly sing the words of the song she had sang to him the night before.  She realized that this was one boy who would always love her.

In Matthew 5:18 Jesus continues to explain to a large group of people how faithful God is to ensure that every part of the Law is kept.  This tells me that the Law is pretty significant.  There are many people (me included at one time) who think the Old Testament and all the rules in the Law are obsolete.  They reason that the Law was used to demonstrate judgement and sin; and now that we have the New Covenant; the old rules are outdated.

The Law is a challenge to read, it has so many rules and so many requirements and it’s not just Ten Commandments – try 613! In this story I wrestled with gratitude for something difficult, which is what I see the Law to be.  It is spiritual (which means not something physically possible for humans) and it is a way to fully condemn every person.  It was an enormous burden to anyone trying to follow it; yet it is described as just and good in Romans 7:12.

God gave the Law to condemn, and Jesus promised it would be fulfilled.  Quite the twist, it almost sounds like man is doomed doesn’t it?  If I’m honest, I can’t even keep my own internal ‘moral code’.  I judge others for speeding; yet I do it myself.  If Jesus had not completely fulfilled every part of the Law I would be judged guilty.  There’s nothing I could claim as my excuse, only my faith in a perfect and innocent sacrifice that kept the Law for me.

See others stories on the topic of Salvation, or click here to read similar stories.